Like most if not all writers, I began reading -- omnivorously -- at an early age. But I was drawn to "fantastic" literature almost from the start. I read juvenile stuff like Louis Slobodkin's The Spaceship Under the Apple Tree (and its sequel), the Zip-Zip books by John Schealer, and so on -- the former being chapter books, as I now know, and the latter more like what one would call YA (young adult) fiction now. (I have since tried to find the Zip Zip books, in vain. There were at least a couple of them. Zip Zip and His Fying Saucer was another. Zip Zip was a kid from Mars, who would punctuate his speech with occasional exclamations of "Zip!" which apparently was his way of venting excess "mental energy," or something like that, because human communication was too easy for him.) In the library of my grade school I found the Space Cat books by Ruthven Todd, which I loved.

I also came across the Freddy the Pig books by Walter R. Brooks (who also created Mr. Ed, television's talking horse, originally in short stories in the Saturday Evening Post and then later on the tube), which were a huge personal favorite. Neither the town library nor my school library has all the Freddy books, so I was never able to satisfy my desire to read the entire series.*

As a Cub Scout and later a Boy Scout, I also came across occasional sf stories in the pages of Boy's Life, which also published a science fiction comic strip called "Space Conquerers." There was also a delightful book called Rusty's Spaceship by Evelyn Sibley Lampman, in which the titular Rusty and a female friend help a lizard-like visitor from the Andromeda galaxy find his lost space vehicle. This was illustrated by Bernard Krigstein, who at the time was also doing some work for EC Comics (where Mad Magazine came from).**

So much for "children's" books and related materials. My first true "adult" reading in science fiction came through Robert Anson Heinlein, albeit in those books he and his publishers regarded as "juveniles." Aimed at a young audience, these books also deliberately contained fairly rigorous science -- at least, as it was known at the time -- because Heinlein wanted to give young people a firm grounding in basic scientific principles and logical ways of arriving at them.

That said, he didn't let anything get in the way of telling a good story. The very first Heinlein book I read was either The Star Beast or Have Spacesuit Will Travel. I can't be certain which one; the children's library is where I found Spacesuit, and Star Beast was from the main branch. In either case, this would have been at some time around 1958 or 1959. By then, at age 8 or 9, I was capable of reading books considerable above my grade level (3rd or 4th). Also around that time I got my first pair of glasses, which made life a lot easier for me.

And with that, and another painting (which, like the other pieces of art I've included in these posts, will probably default to the top of the post) I'm going close this post. This painting, in oil on masonite, done plein air in Washingtons Crossing, NJ in 2002. It's the first oil painting I felt happy with, after executing a whole series of "student" stuff. (Some student! I was 50 years old, but I was getting a late start on fine art.) I know this piece was successful, because it was also the first (non-science fiction) painting I've ever sold. It's not spectacular, but it represents an artistic milestone for me because I was moving out of my comfort zone, and I'm proud of it. All the more so because someone thought enough of it to purchase it and hang it on their wall. At some point in  the future, I'll also start including songs from various bands I've been in over the years.

* Later in life, when I was in my 50s, I had enough disposable income to hunt down and purchase every single book in the series -- some 27 of them, and happily read them at long, long last. I have since gifted them all to a couple of on young nephews. I hope they derive as much enjoyment from them as I did.

** I will have a great deal more to say abut EC and comics in general in a later installment of this blog, because in my 20s I worked as an assistant to the Mad artist Wallace Wood.

Popular posts from this blog

Blog Post #1; Just what the world needs: another blog!

March 17, 2021
T his being the initial post of my blog, I should give some sort of mission statement. I'm a writer, editor, ghostwriter, illustrator and cartoonist, occasionally occupied as a musician. I'll use this blog as a way of communicating with my readers and fans. It may be profound at times, but probably not very often. That said, I do take my creative life very seriously. I always have. I have a fairly large body of work in terms of writing and art. Though much of it is scattered hither and yon, a lot of it exists in my files--if you can call a bunch of boxes and files full of manuscripts drawings "files." They aren't in any particular order. I should do something about that one of these days. I have done a bit of blogging before, but in truth I prefer to spend my time actually writing as opposed to journaling or what-have-you. I did a cartoon blog of sorts a few years back, Iggy's Almanac . I'll include some of that stuff here as time goes by. If I could find
Read more 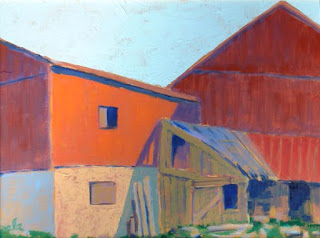 I 'm still learning my way around this whole blogging thing. I am supposedly -- supposedly -- updating this thing every Wednesday and Sunday. Well, today is Sunday and I forgot to do it before now, which is 6:15 pm.  In the interest of keeping this short, because supper is almost ready. I will simply say that this week I submitted two short stories, a new one and one that has been making the rounds. I also did some work on the cozy mystery I am ghostwriting. Ghostwriting is something I have come to enjoy over these past few years. I started out by doing an autobiography for a former member of the writers group I was a member of back in Doylestown. He was a fairly well-known clinical psychologist. I enjoyed the experience, though I have since learned how to do it better. My next ghostwriting gig took place a couple of years later and was easier for me, as it was a science-fiction novel. I'd previously (and subsequently) written and published a fair bit of sf over the years, so t
Read more 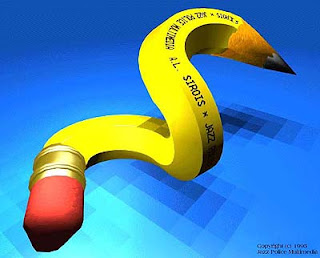 I t's not my fault, I swear. To date, every time I have logged in here except today, I have not been able to find the New Post link. Finally I have... a week late. I tried to add a post on Thursday but failed. I know that when it comes to blogs consistency is desirable. All I can say is, I'll keep trying to be consistent. Meanwhile, what the hell we were talking about? Oh yes, I see that I was going to talk about how I got interested in writing. I grew up in Fairfield CT during the 1950s and 60s. My mother, Mildred, was a big reader, and there were always books around. My dad did some reading, too, but his taste was limited to Westerns. You know, Zane Gray and so on. Grey? Whatever. Mom was broader -- fiction as well as non-fiction. She would go to the library about once a week, and I was brought along. While she made her choices I wandered around the stacks. The second level had a glass tile floor, which delighted and terrorized me. I always expected it to break, but of co
Read more

A.L. Sirois
I am married to a wonderful woman, Grace Marcus. She is a babe. I am variously employed as a ghostwriter, writer, editor, designer and illustrator. I like to keep busy.